Sure, our Asian neighbours are talented basketball players.

When it comes to Asian basketball, Gilas Pilipinas strive to be the best… in spite of the rest.

For the kids out there… here’s the breakdown. The Philippines enjoyed the distinction of being the best baller squad in Asia dating back to the 1950s with Caloy Loyzaga at the forefront. However, our strength diminished as the years pass with the PBA snagging the best players, graft and corruption causing fracas between its officials, and the inclusion of *cough* I’m sorry for the term *cough* shitty players to represent the country in the global stage.

Because the PBA hated the BAP, the governing body prepared for the then-ABC meet with subpar ballers. Sure, the team in 2003 supposedly had Marc Pingris but this was before his awesome Pinoy Sakuragi phase. In 2003, Pingris, Ranidel de Ocampo, and Gary David partially comprised a team that would place 15th at the Harbin-held FIBA Asia Championship. While they prevailed over Malaysia, they lost to Syria by 18 points. Syria? Yeah… I know! The straw that broke the camel’s back though was when the BAP-sponsored national squad lost to the Paranaque Jets – a team from the defunct NBC which had actors Richard Gomez, Anjo Yllana and Antonio Aquitania on their roster. The Nationals used this as preparation for the 2005 FIBA Asia Championship. The massive outcry for the BAP heads to roll prompted FIBA to sideline the Philippines on their international meets.

The Philippines were able to gain redemption when a new governing body – the SBP under then-president Manny V. Pangilinan – stepped in.

So now I will list down the Top 25 FIBA Asia Championship players of the last five campaigns!

In order to qualify, the player must see action between 2007 and 2015. The player must participate in ten matches as well (the winning team will have a total of nine games in the event). A one-time participant can still be considered for as long as their team won the title. I’m also going to limit each country to three entrants. 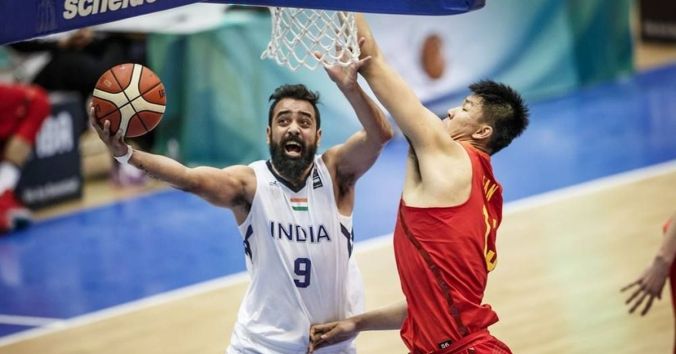 India isn’t really much of a threat outside South Asia but they have a sharpshooter who can shoot with deadly precision. A veteran of four FIBA Asia tilts, Vishesh Bhriguvanshi is pretty much the team’s go-to-guy. Because of said arsenal, he is the first Indian player to see action in Australia’s NBL.

Lin Chih-Chieh is pretty much the heart and soul of Chinese Taipei basketball. He also shares the same moniker as Calvin Abueva and just like “The Beast”, Lin can turn monster on his foes regardless of position or action to claim victory.

Some ballers got into hoops because of Slam Dunk. Milton “JR” Henderson is no exception. After playing a year with the Vancouver Grizzlies, the UCLA product took his talents to Japan as a naturalized citizen. While he may not have the same success as Dan Weiss, Sakuragi still gave Japan a force in the middle.

What’s with the “Min” name anyway? Does this translate “last second heartbreaker to all Pinoys” in Korean? Lee Sang Min made the country cry in Busan but Cho made us realize that the Korean curse is far too real in when he waxed hot from the three-point area and scored ten of Korea’s last 13 points to steal the bronze finish from the original Smart-Gilas squad in 2011. 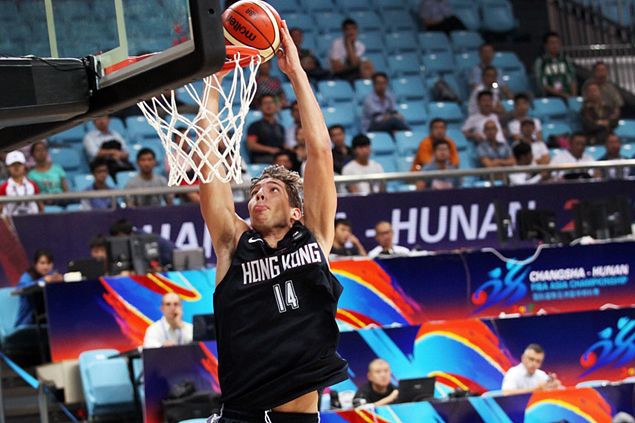 Duncan Reid figuratively poured his guts out in 2015 when he led the Hong Kong contingent in Changsa in points, rebounds, assists, and blocks. Not much has changed leading to 2017 so expect the same result from the 6’9 slotman.

Somalian-born Yasseen Ismail Musa is a highly decorated player in Qatar. He can light it up with his rim-rattlers and defend the paint against Asia’s powerhouses. During this stretch Qatar would finish as part of the Top Eight (Qatar had citizenship issues in 2011).

Sam Daghles is Jordan’s answer to Iran’s Mahdi Kamrani. While he is more of a scorer PG type, he knows how to direct the operations. Jordan placed third in 2009 and went second in 2011. Prior to retiring, the four-time FIBA Asia vet averaged 10.5ppg, 5.6rpg, and 4.3apg as part of TNT. He is now the team’s head coach after Rajko Toroman’s departure to CBA’s Tianjin. 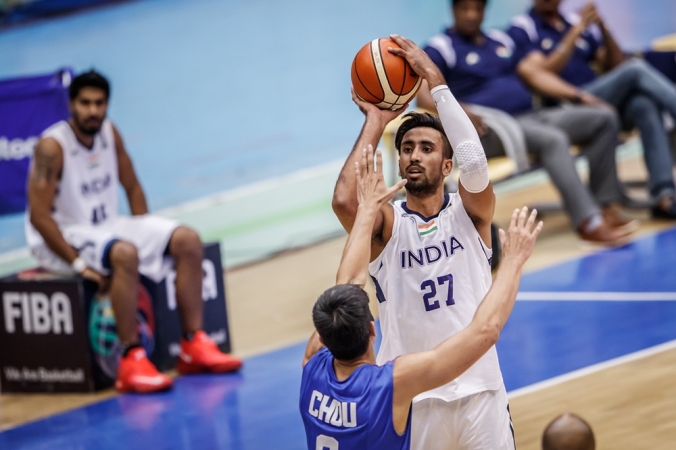 Amjyot Singh Gill is known in his country as The Sultan of Swat as his block stat would tell you. With that said, he can also deliver on offense as the other half of India’s dreaded scoring tandem alongside Vishesh Bhriguvanshi. Hopefully the pair can give India a respectable finish.

In 46 games, Ha Seung Jin averaged 1.6ppg and 1.8rpg for the Portland Trail Blazers. But while his NBA cred should have given him the Haddadi/Yi Jianlian treatment, Ha never had the numbers to set Asia ablaze. His inside presence though kept Korea as title contenders – with twin bronze finishes in 2007 and 2011.

One half of the dreaded Takeuchi Brothers, Joji is the team’s MVP in the 2015 tilt. We knew that Joji is a fine inside performer but with Kosuke out, this workhorse brought out his guns. For the first time, he finished the event with a double-double average which also sent Japan to a fourth-place finish.

Hamed Haddadi’s stature hogs most of Iran’s spotlight and whatever is left is distributed to Mahdi Kamrani and Nikkhah Bahrami. But don’t leave Hamed Afagh unguarded… especially from deep. Afagh is a big time kickout option that helped Iran transform to their current powerhouse state. 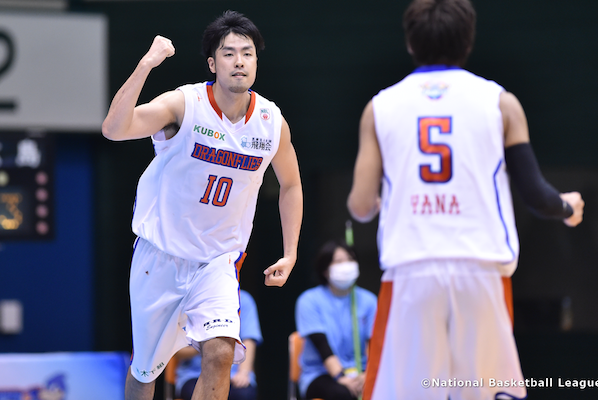 With the Takeuchi Brothers dominating the paint, it’s difficult for opposing bigs to act sluggish as for more than a decade, they have been parading their superb brand of gameplay. With that said though, Kosuke slightly trumps his brother on this list because of his better rebounding clip. 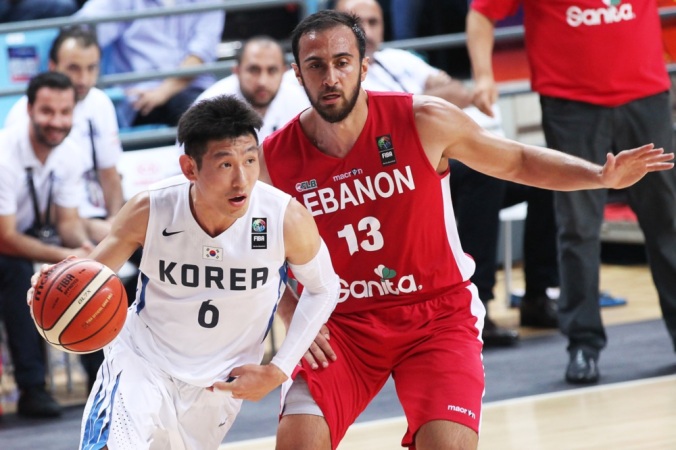 As far as Asian point guards go, Yang Dong Geun is severely underrated. While I am program to hate him because he’s a basketball-playing Korean and I’m a basketball-loving Pinoy, you have to respect his playmaking capabilities. At 5’11, he can break down a defense and it’s not like his outside shooting is subpar. He helped Korea achieve three bronze finishes in 2007, 2011, and 2013.

So this is the first half.